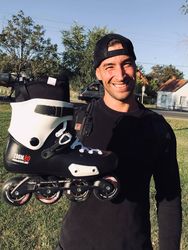 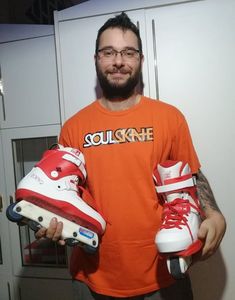 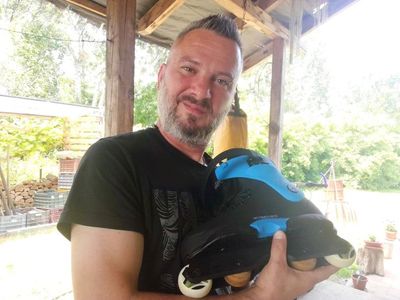 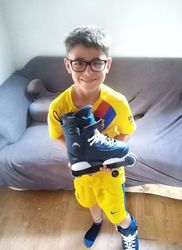 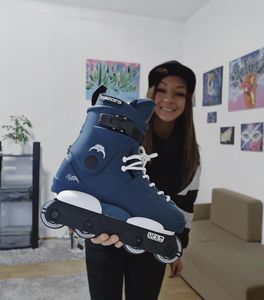 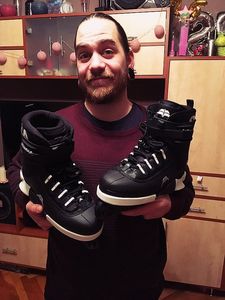 1997 - present day, supporting scenes and skaters from around the world.

UPSIDEDOWN was born on July 29th, 1997. The First skate was the Damocles, which already had lots of interchangeable parts such as the cuff, buckle, soulplates, and frame. The ideology behind UPSIDEDOWN was to turn the industry upsidedown with new concepts, designs that would make it possible for skaters to use parts from other companies to customize their own personal skate.

In 1998 UPSIDEDOWN was renamed to USD, a shorter, stronger name. The new name and image was the brainchild of Shane Coburn and Arlo Eisenberg, who both joined USD to help promote the skates and run the design and marketing side of the company. This also led to an amazing team: Jon Julio, Josh Petty, Dustin Latimer, and Champion Baumstimler. Without a doubt, one of the best teams that has ever been formed within the Rollerblading industry. These and other skaters were welcomed to the "Terrordome".

In this year the legendary throne skate was released. Taking skate customization to the next level. For the first time bladers could use different frames such as Senate, 50/50, Kizer, and also have the option of soulplates not only in different shapes and materials (even Teflon).

Shortly after Kevin Gillan joined the team. USD then gained even more popularity through this amazing team and revolutionary ideas, topping it all off USD was one of the only companies at that time focused purely on the freestyle aspect of rollerblading.

In 1999 Brian Shima joined the team which coincided with the release of the new skate, The Psirus which became yet another milestone in rollerblading boots. With a new liner, look, improved performance, as well as new frame exchange technology making less adaptor plates necessary.

So it was no doubt that USD/Powerslide joined in the development of the UFS system, a standardization for rollerblading frames. Kizer the frame brand from Powerslide was the first aftermarket company offering UFS frames, the Stream Frame.

In the meantime USD was driving forward with its customization technologies:

Releasing more molds than any other boot company in Rollerbladings history, continually improving, adapting, and evolving with time, USD is on top of the game for this very reason. Keep your eyes out for continual growth, progression, and innovation from us here at USD.